There continue to be mods released building upon the new mechanics introduced post-Banks. Modders are still working out some kinks in their mods, which hasn’t been aided by the rapid output of 1.6 Adams and the 1.6.1 hotfix. I generally try to avoid mods that have any severe bugs, which is unfortunate because they would otherwise be excellent additions to the game.

This mod adds 17 hand-crafted custom empires, which is perhaps not particularly special in-and-of-itself, but also adds extended first contact events to each, which adds significant flavour to the empire in question. There is opportunity to converse with the species and get a feel for their personality and history, more than you would with normal randomly-generated empires.

A must for those who like to role-play in Stellaris. (And let’s face it – who doesn’t?)

Currently doesn’t require Utopia to play. (It may be expanded in the future, but I’ll leave it in the hands of the author as to whether the new races go into a separate mod.) 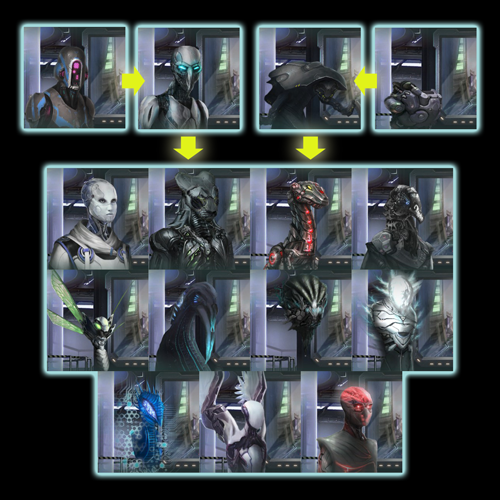 Sìlfae had previously extended the synthetic features of Stellaris with this mod’s predecessor. This mod goes a few steps further:

Together, these features make synthetic ascension much more captivating. This mod is the youngest on the list this month but I can quite easily see it being a staple of many a player’s mod line-up.

If you want a lighter mod that just makes robots, droids, and synths look distinct from one-another (but still humanoid), check out Animated Synthetic Portraits by the same author.

Adds a Tier 4 station type, Citadels, with 8 auxiliary slots and 45 large utility slots. It can also host three different components so a single defensive station can (for example) have a Quantum Destabilizer, FTL Inhibitor, and Shield Dampeners, allowing it to hold its own without support from additional stations.

There is an add-on mod produced by “adam”, called 360 Degree X-Large Weapons, if you feel like expanding the capabilities of this station even further. These two mods together will allow you to produce stations with equivalent fleet power well in excess of 100K.

This is explicitly compatible with New Ship Classes & More, featured below. 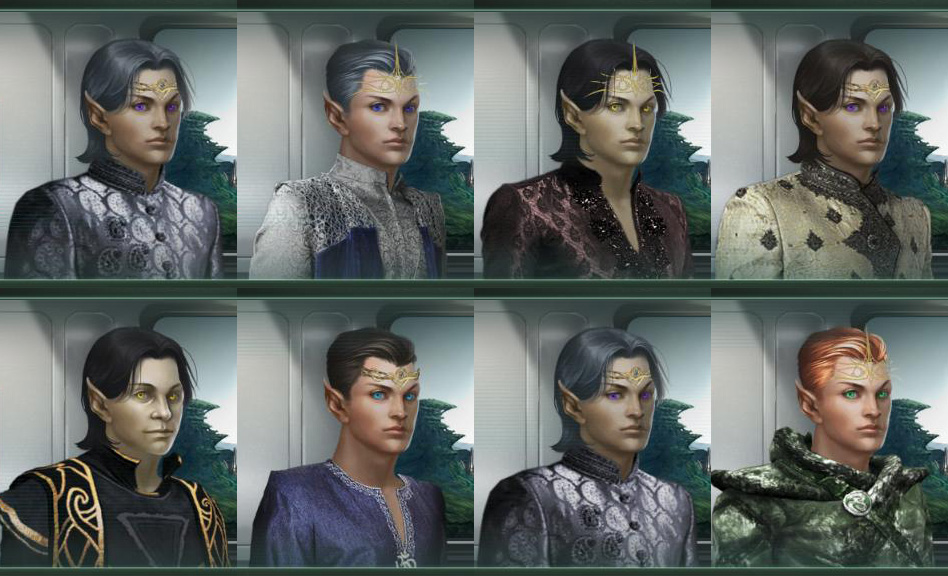 Elves of Stellaris is a particularly stand-out portrait mod due to the sheer attention to detail. This includes:

All of that and it’s all of an incredible calibre. This is a seriously impressive species mod.

This mod goes a long way to adding depth to the ethics and government dimensions of Stellaris, as its name suggests. It transforms the ethical wheel such that the Collectivist – Individualist scale is separated into two different scales (with the intention of separating out social and economic effects) and introduces three new scales (for a total of seven scales). New factions are included with the additional scales. You have five, rather than three, points to choose from in selecting from this expanded wheel.

There are also plans to add a new Governance tradition branch.

This was a favourite of mine before 1.5. Back then, it was compatible with AlphaMod, but unfortunately no more (although the author is working on it). It is, however, compatible with Plentiful Traditions, featured last month.

This will cause problems if you use any pre-built empires, such as those added by the Adv. Custom Empires Pack and Elves of Stellaris mod featured in this post, or many of the portrait mods on the Stellaris Portrait Mods post. (Note that new portraits will be usable; it’s only the pre-built empires that are affected by this mod.)

New Ship Classes & More, or NSC, is one of those mods that you’d be forgiven for thinking is part of the base game having used it for some time. (Not dissimilar to AlphaMod in this regard.)

If you just want some new ship classes, you might want to check out Ship Classes Extended (SCX).

NSC requires the UI Overhaul 1080p mod. You might also consider pairing it with Automated Behavior Adjustment to help the AI take into account the additional ship classes.

There’s a lot more information on the Workshop page, including recommended mods, compatibility patches for other popular mods, links to ship sets that support this mod (important if you’re thinking of using any of the ship sets from the Stellaris Ship Set Mods or Stellaris Species Customisation Mods for Established Sci-Fi Franchises pages), and some add-ons.

The NSC mod is great. We all know that much. It’s worth saying just how great their Workshop page is, though. Very few authors go to the trouble these ones have to support other mods around their own. There’s even a guide for using the mod and live tech support via Discord! You couldn’t ask for more from a bunch of volunteers, to be honest!

This entry is actually about four mods that aim to change the military-strategic aspect of Stellaris gameplay. These mods are (along with short descriptions – much more description on the Workshop pages themselves):

Each of these mods has effects that have been carefully considered by the author to produce a much more involved military layer in Stellaris. It goes some way to addressing some common complaints about wars in Stellaris, not least the stack of doom.

There are some very interesting ideas in this set of mods. The AI has trouble properly utilising some of the features, but the author has made some attempt at balancing the penalties for AI to help them fair a little better against competent humans. 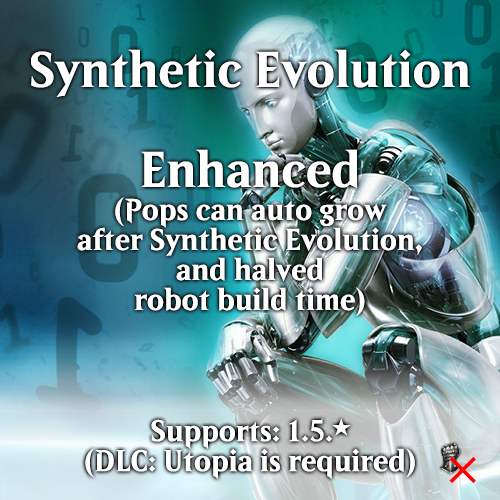 When I first played as an empire in Stellaris that underwent synthetic evolution, there were immediately a number of niggles that dampened the excitement of the upgrade for me:

Anyway, turns out I wasn’t the only one, because Dazz & Kabato addressed all of this and then some in this mod.

If you want to use this with Animated Synthetic Portraits – Expanded (also featured on this page), you’ll need the Animated Synthetics Portraits and Synthetic Evolution Patch by “That One Communist Fellow”. Note that I’ve seen reports that this doesn’t work perfectly, so for a smoother game, I’d recommend taking one or the other.

Plentiful Traditions was featured last month and received great feedback from the community. More recently it was featured on the Paradox Mod Highlight Stream. Since then, Birdy has added another two tradition trees (I almost can’t keep up) called “mutagenesis”, which focusses on Hiveminds (or similar empires), and “industry”, with lots of effects for exploiting one’s industry. Surely things we can all get behind!

The mod has also been updated to include fixes for some of the early issues that were seen on lower screen resolutions. Great support from the modder on this one!

Diary 4 is concerned with some lore development and details on four more empires. Particularly interesting is The Dispersed States of Agvumir:

Each Gvon is an island. This is the fundamental basis of Agvumir society. Beyond a mate, and children too young to live on their own, Gvon rarely interact with other Gvon. Their government is primarily concerned with providing each mated pair with as much land as possible. As their homeworld, [TBD], grew more and more crowded (although their population is shockingly low by galactic standards), they turned their brilliant minds toward the wide open spaces of the stars. In this rush to escape each other, they developed extremely efficient near-light engines, and settled several nearby solar systems.

Because of this unique development, and their long lifespans, they saw no pressing need for FTL travel, and for nearly two hundred years, they maintained an interstellar empire without it.

Diary 5 addresses some of the new mechanics. Included is:

Diary 6 goes into a little detail about a new event chain for the mod.