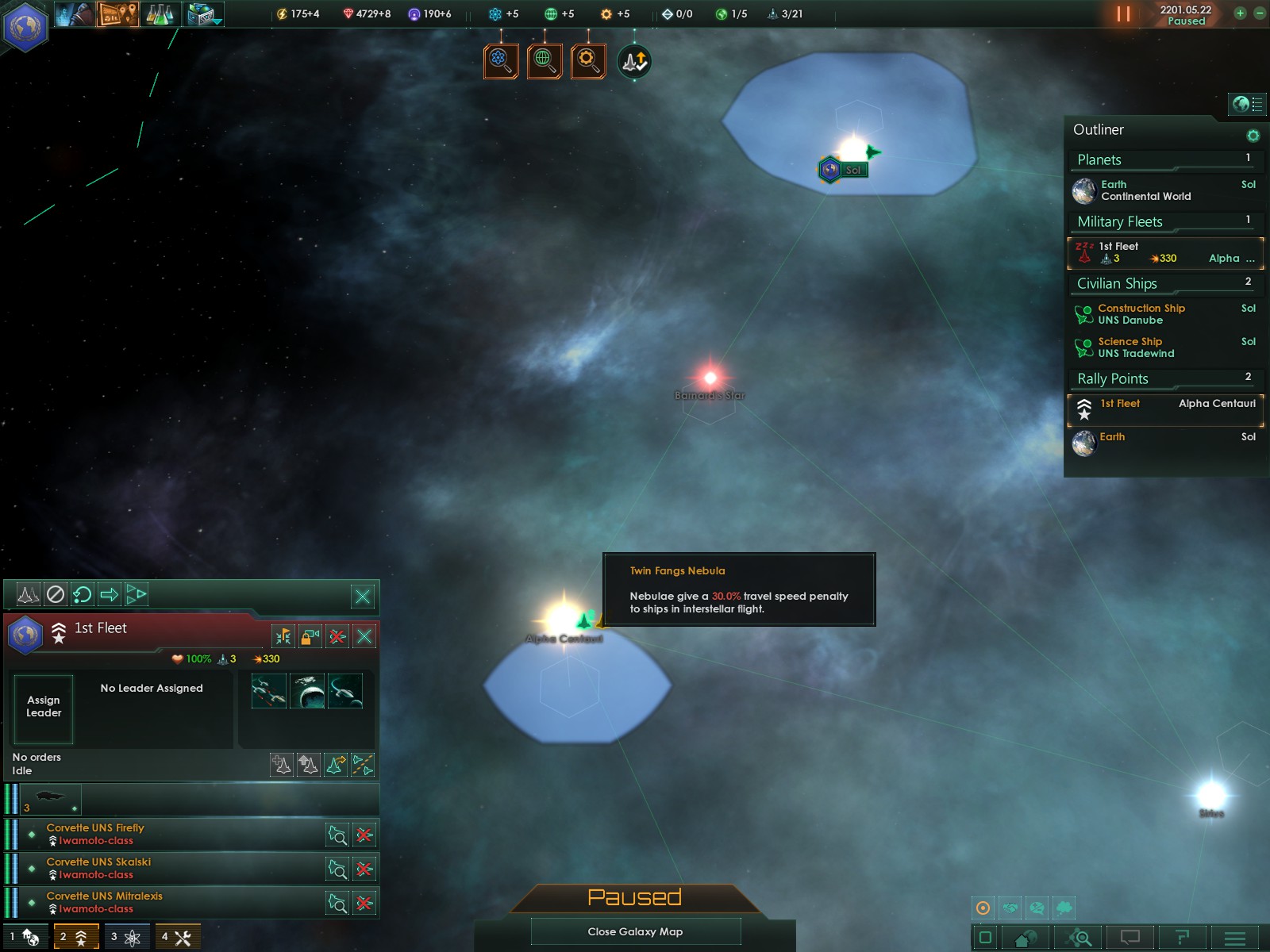 Dynamic Borders takes a unique approach to dealing with doomstacks; that is, giving an empire a reason not to lump their entire fighting force into a single fleet to throw at the enemy.

This mod significantly nerfs borders emanating from planets and frontier outposts but gives ships the ability to project borders. This makes stationing small defensive fleets a requirement to maintain any significant territorial control.

Balancing is ongoing and there are issues with getting the AI to pay attention to the changes, but it could certainly have an interesting place in multiplayer games. 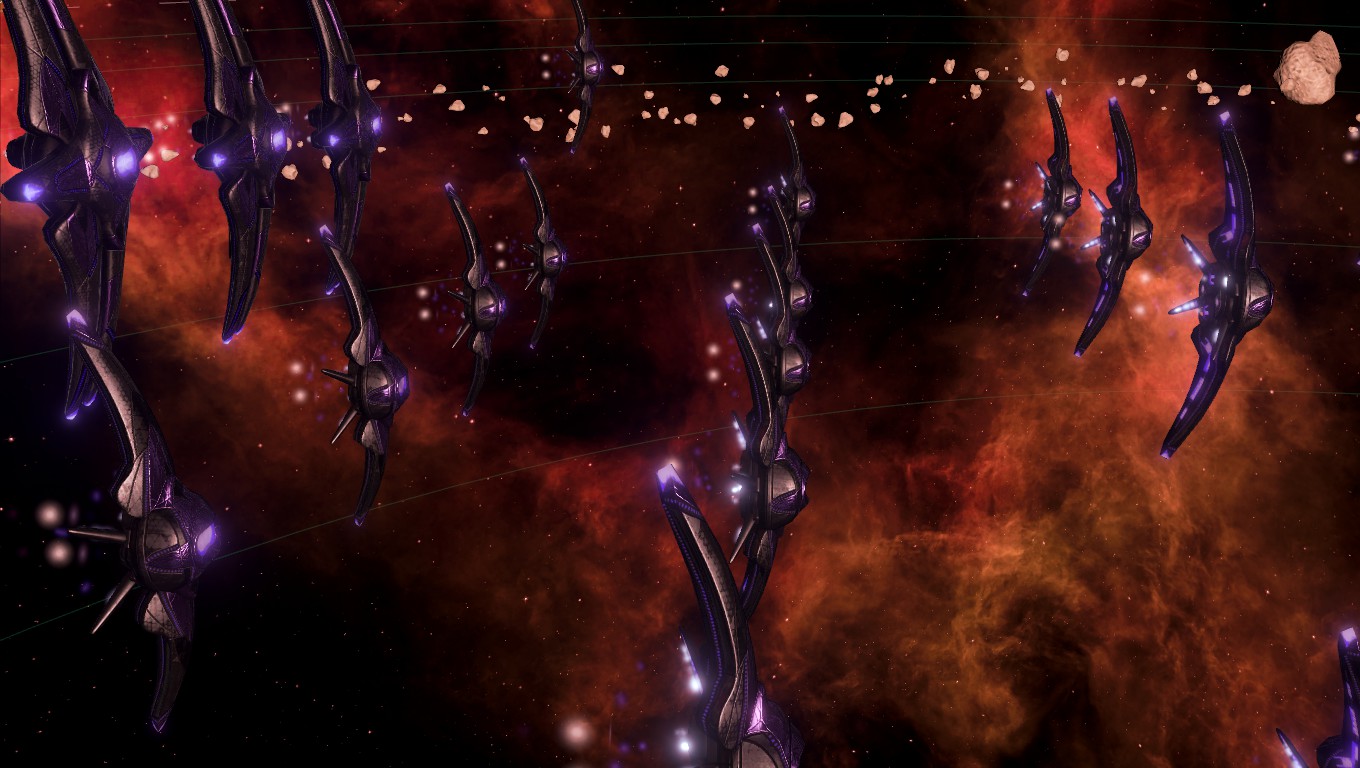 Continuing on the theme of experimental mechanics, Stellar Fleet makes ships and fleet the heart and soul of your empire. This reminds me of the pirate mechanics in Distant Worlds: Universe.

This makes for a very different playstyle. You can also play like you’re recreating Independence Day and roam from world-to-world, harvesting them to build a larger and larger galactic armada.

This pack adds six new synthetic-type portraits for use in custom empires (three visible above) and randomly-generated AI empires. One is based on the Cuelan mod featured in last month’s round-up (same author).

This adds a lot of much-needed diversity to the robots of the galaxy. There are some very alien looking mechanoids in this pack, reflective of the biological diversity that already exists.

This pack is fully animated so these portraits fall right into place. Hard to believe they’re not vanilla!

The government overhaul coming in 1.5 will make it a little easier for the author to match his story to the game mechanics, once they’ve got over the hump of redesigning their custom empires which currently use the pre-patch empire design.

The most recent development diary introduces two new custom empires – the Cause, and the Uul. More interestingly, if you ask me, is that the author is introducing new FTL types up to a massive 40 different kinds!

Not every empire reaches the stars in the same way. In vanilla Stellaris, we have 3 FTL options, Scarcity expands this to 40, not counting Jump FTL. All of these FTLs (except for one, but we’ll talk about that later) are variants of the 3 basic FTLs, attached to impactful modifiers.

For example, the Uul have figured out that they can sticky two warp-drives on one ship (Paired Warp), effectively eliminating the cooldown between jumps. However, this makes their ships slow and difficult to maneuver at sublight speeds. (-Tracking, -Evasion, -Sub-light Speed, -Combat Speed)

The Cause, on the other hand, utilize a Charged Warp Engine, with a much higher wind-up, this transports them extremely fast, but hinders the power output of their defensive systems. (-shields, -weapon damage, high ship power cost)

On top of this, the diary hints at unique government types. This is nothing new to the world of Stellaris modding, but it will be interesting to see how it’s pulled off, nonetheless.