This month in particular has seen many promising mods because of the rush to build upon new mechanics introduced by Banks and Utopia. The allure of traditions, ascension perks, megastructures, and a reworked government and ethics system has been too much to resist!

There are a lot of mods that I decided not to add to this list because of ongoing bug hunts; this is unsurprising given the short period of time the modders have had to actually work with the new features.

This mod is intended for use when pursuing the genetic-based ascension perks and gives the player lots of options for their many species trait points. Create sub-species perfectly tailored for their line of work!

There may be some compatibility issues with other trait mods, so choose which best suits you if you have more than one of them in your lineup.

This one almost doesn’t require an introduction, but here goes. AlphaMod adds a staggering amount of content to the base game, including (but by no means limited to):

A staple of my pre-Banks mod line-up, AlphaMod has now been updated for 1.5. AlphaMod is self-styled as an “unofficial expansion”, and it would be hard to argue with that. The interplay of all the new components adds new layers of depth and complexity to the game, making it a must-have for anyone craving more in Stellaris.

The creator, AlphaAsh, maintains a host of other mods which are compatible with this centrepiece. Some of these are adaptations of existing popular mods that he’s purposefully made compatible; it’s great that he does this, because so much is affected by AlphaMod that one is never sure if adding something on top of it would break the game. Make sure you check out his collection “How I Play AlphaMod” for additions to the base mod.

This mod aims to make the galaxy appear a little more “lived in” at game start. It addresses the awkward question of “Why did everyone discover FTL travel at exactly the same time in this galaxy?”. It does so by boosting the starting power of the advanced AIs (so you will need this setting on in galaxy generation) by giving them more planets, population, more-established colonies, larger fleets, and more resources. 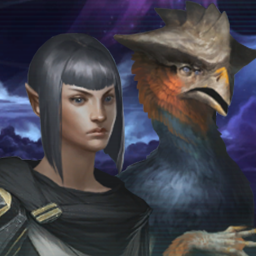 This one makes the list just because of how darn useful it is! One of those mods that just fits in seamlessly to the existing game; you could be forgiven for forgetting it was a mod after using it for a little while.

This mod shouldn’t be required, but it is, so let’s all just be thankful that the author noticed and figured it out! A must-have.

This adds eight (with more to come!) new tradition trees – cybernetics, biogenesis, faith, order, aspiration, malice, purity, and benevolence – and some additional ascension perk slots so you can take advantage of the newly-finished trees. This gives the player something to do with all of that late-game unity!

This is also compatible with the Utopia Expanded mod below.

Note that those with horizontal screen resolutions of 1366 and below will need to use a 0.9 UI scale ratio (change in in-game settings) so that the UI changes fit on the screen.

From the feature list, this is another mod that expands the late game. If you’re not using Utopia, but are running 1.5+ Banks, you can use the Ringworld Restoration mod which gives you a subset of the above features. 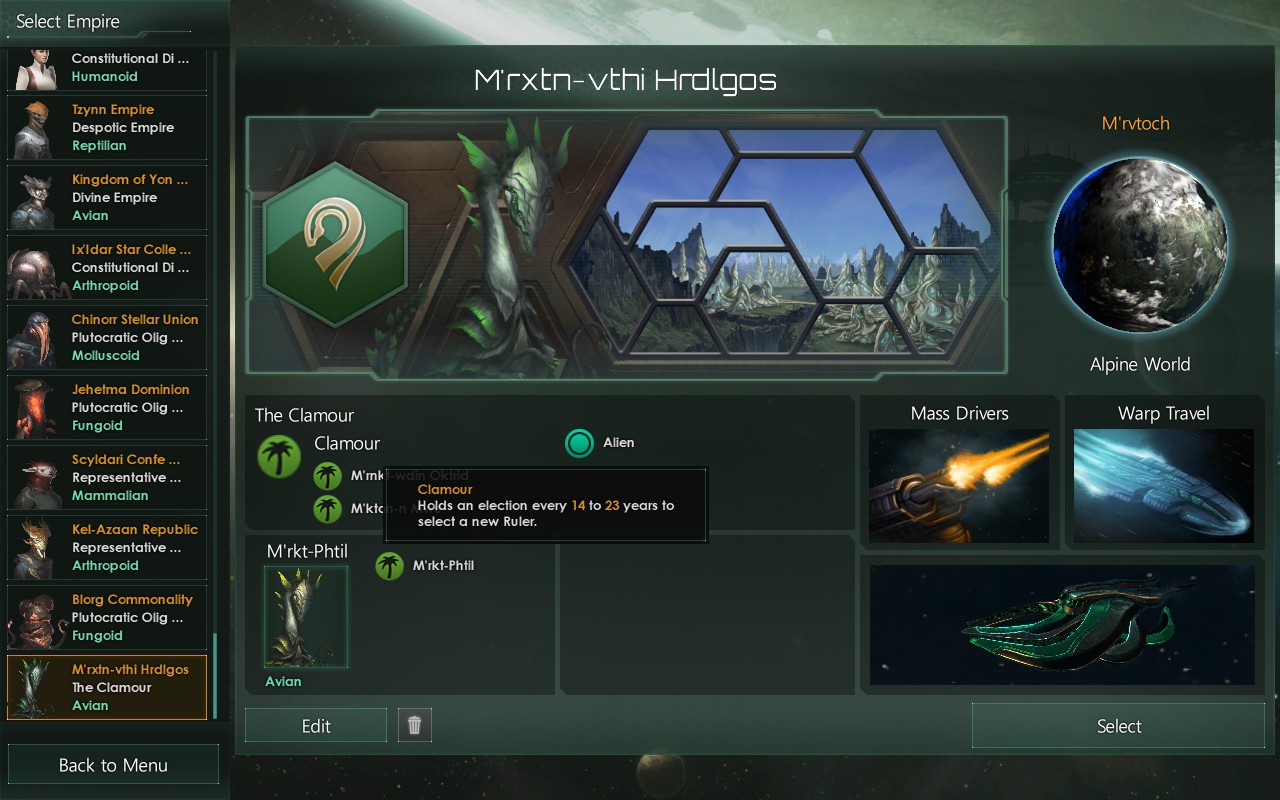 The author has got back on development after the Banks update and Utopia expansion. They’ve released an extensive list of the 40 custom empires that will make up the universe – check out the last Reddit post linked above.

In the first diary, the author spoke of their inspiration that the galaxy would be full of militarist empires – and the most recent diary holds true to that! Almost every empire has at least one ethic slot dedicated to “Militarist”.